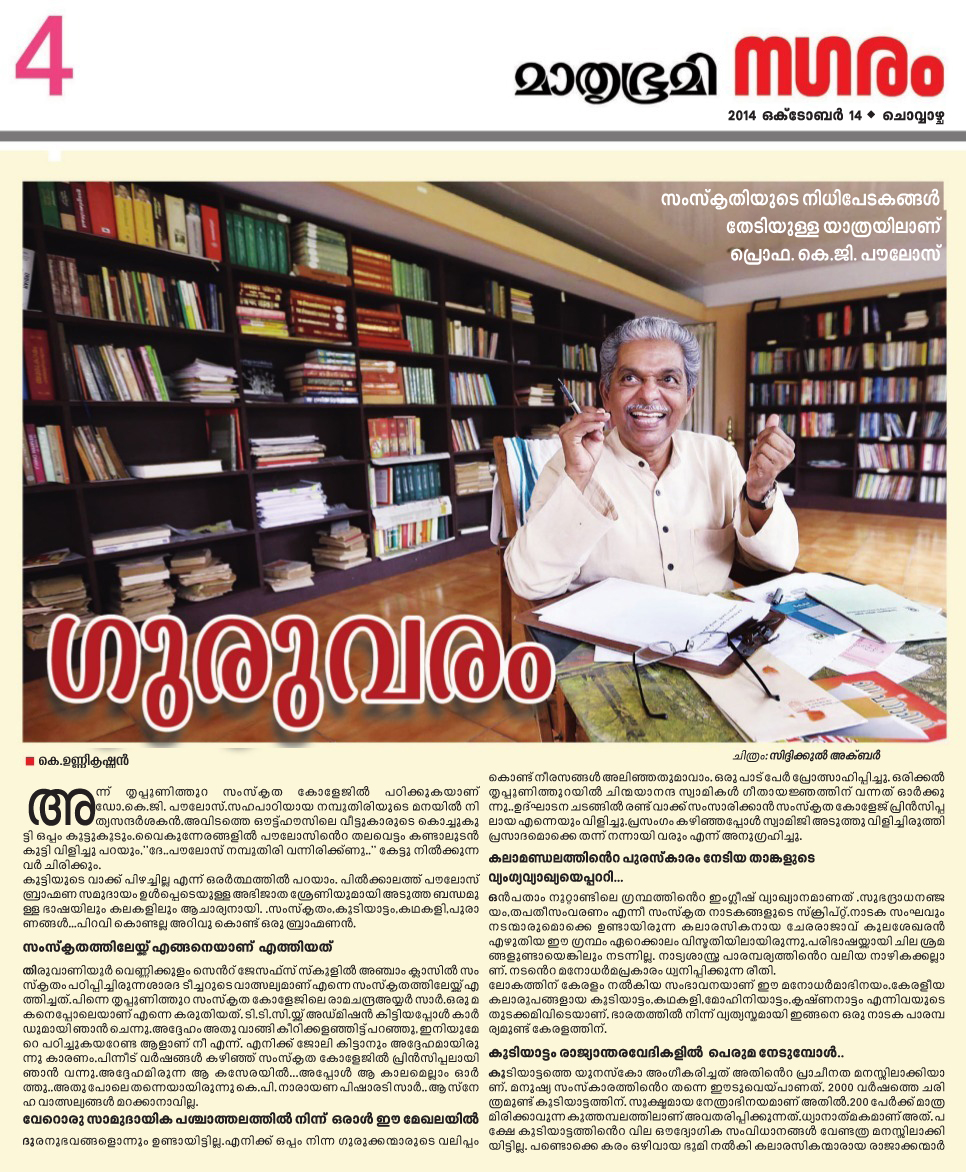 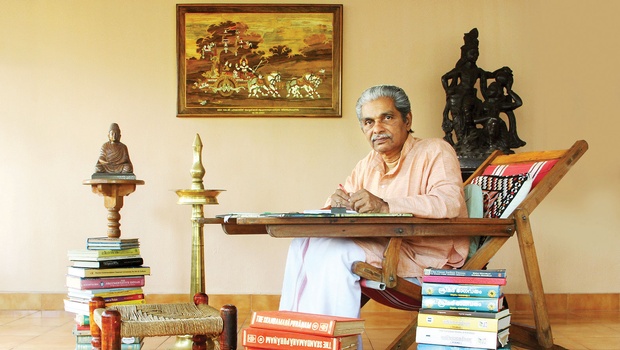 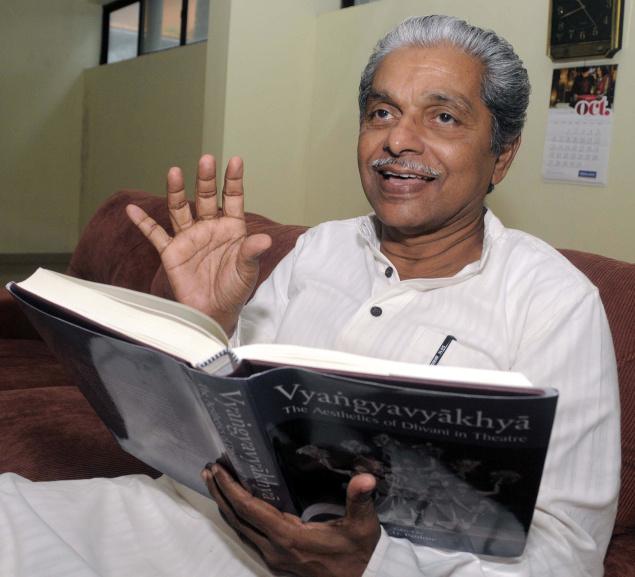 ALL SPEAK about the enigmatic charm of Koodiyattom. Adding in the next breath that the golden period of the art is over. Well, almost over with masters like Ammannur Madhava Chakyar leaving the stage.

K. G. Paulose begs to differ with the aficionados of Koodiyattom from this point. ``My first postulate is that the last 20 years were the most dynamic period for Koodiyattom. During this period, the art was brought out of the temple premises and placed before the entire world.'' And that it is just the beginning.

‘After general education, Kathakali artistes are in a better position to communicate with the world, making them better ambassadors of their art.’

As someone closely associated with the formative period of three leading institutions in the State—RLV College of Music and Fine Arts, Sree Sankaracharya University of Sanskrit, Kalady, and Kerala Kalamandalam Deemed University of Art and Culture—K.G. Paulose is clear about the distinctions between general education and art education.