The proposal for a university of deemed status was put forward during the tenure of O.N.V. Kurup as chairman of Kalamandalam (1996-2001). The task of converting an institution functioning in the traditional style for the last 77 years to one offering a modern system of education is onerous.

Excerpts from an interview in which Dr. Poulose spoke at length on the problems and prospects of his job.

Will it be possible to dovetail the gurukula sampradya followed by Kalamandalam with mainstream university education?

I know that these two seem to be diametrically opposite. But I had successfully experimented and blended the two in the Sree Sankaracharya University of Sanskrit, Kalady, when I was the registrar there. I can assure you that there will be no compromise on the traditional, rigorous training methods of the gurukula system. 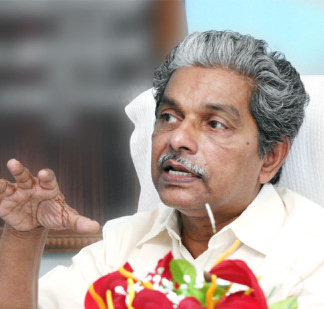 Will the qualifications of the teachers be a hurdle for UGC recognition?

The UGC has already approved deemed university status for Kalamandalam. But as for the stipulations of qualifications, the UGC yardstick cannot be applied to the existing staff here. They should be identified as ‘artistes’ and not only ‘teachers.’ The yardstick of their merit is the approval of connoisseurs for whom they have been performing all these years. But for future appointments, the UGC norms will be applicable.

What are the courses you plan to introduce immediately?

Degree courses are already there. We propose to introduce two post graduate courses this year – Kathakali and Mohiniyattom. While the emphasis will still be on practice, short-term courses in spoken-English, aesthetics and literature have also been contemplated. Further, the doors of Kalamandalam will be thrown open to all who wish to do research in any art subject offered here. A list of guides is being prepared and our staff will serve as co-guides for the researchers. The result of such extensive research will be books on performing arts that could be of immense help in creating awareness about arts. There are hundreds of diploma holders who have graduated from Kalamandalam. Have you any plans for them?

They will have opportunities for lateral entry to any degree or post-graduate course. They need appear only for papers other than the art subjects. We plan to seek the help of unemployed graduates of Kalamandalam for lecture-demonstrations aimed at popularising our performing arts.

Will it be an affiliating university?

No. But all the existing training institutions can associate with us without sacrificing their identity.

What will be the fate of the high school in Kalamandalam?

It serves as a feeder unit to the higher courses and is therefore an integral part of the university. It will be retained at any cost.