ALL SPEAK about the enigmatic charm of Koodiyattom. Adding in the next breath that the golden period of the art is over. Well, almost over with masters like Ammannur Madhava Chakyar leaving the stage.

K. G. Paulose begs to differ with the aficionados of Koodiyattom from this point. ``My first postulate is that the last 20 years were the most dynamic period for Koodiyattom. During this period, the art was brought out of the temple premises and placed before the entire world.'' And that it is just the beginning.

This was a major step in understanding the art. And that could be the relevance of the book `Improvisations in Ancient Theatre' by Dr. Paulose, the fourth title to be brought out by the International Centre for Koodiyattom, Thripunithura. This is also the first case study of a single performance in the entire history of the art. ``Till now, we had performances being enjoyed and cherished in memory. Never was one studied systematically and analysed.'' 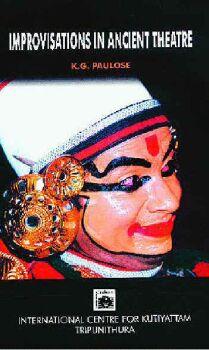 The performance being studied in this case, is Kanchukeeyam, a two-hour interpretation by the actor of a single line as it appears in the interlude of Subhadradhananjayam, a classical play by Kulasekhara, who ruled Kerala during the 11th Century. A preview of this performance by Margi Madhu was organised on January 24 at Thripunithura and premiered at Theerthapadamandapam, Thiruvananthapuram on February 15.

The performance was based on Vyangyavyakhya, the sub-text prepared by the playwright himself to bring out the different layers of meaning in the text. In that sense, Dr. Paulose's book is also the first known effort to introduce Vyangyavyakhya to the world outside.


King Kulasekhara's text goes against the style of performance that existed then. Classical theatre has Bharata's Natysasastra as its law-book, which stipulates that the actor restrict himself to being an `imitator'. On the other hand, the King wanted his actor to be a `narrator' and an `interpreter'. One reason why Dr. Paulose calls Koodiyattom as a ``fusion of Vyasa and Bharata, the narrator and the imitator''.

Dr. Paulose vests more responsibilities on the audience for a complete Koodiyattom performance. A lover of the art cannot, now sit back and watch. He needs to think and react.

Dr. Paulose demonstrates, with the help of illustrations, how a single performer could work out multiple layers of meaning from a single text. ``The text is just a seed, while the theatre is a tree. Performance is essentially how an actor converts the first into the latter.''


By dealing with the subtleties of the acting technique as envisioned by the King many centuries ago, Dr. Paulose is opening up immense possibilities for upcoming Koodiyattom performers. ``You can find any number of silences; I call them golden silences, in these texts. It is for the actor to find and interpret them. Like what Madhu did here. He was acting out for more than two-hours just one passage about the role of Kanchukeeyan, the chamberlain.''

Through this book, Dr. Paulose also intends to give Kulasekhara his due. Even though, the royal playwright dared to take his theatre further ahead from what Bharata said in Natyasastra and establish a direct link with the style of Bhasa, he remained unknown hitherto. Who, for instance, knew that it was Kulasekhara, who introduced the technique of Purvasambandha, or actor narrating the past of the character, and thus establishing the character, before getting on with the play. This technique was developed further in niravahana as in Koodiyattom.

Kulasekhara stood for improvisations by the actor for the complete enactment of the play. Over the generations, actors with lesser talent got carried away, inviting the displeasure of connoisseurs. Dr. Paulose himself had translated Natankusa, a critique on dramaturgy by an anonymous author - meant to be a `controlling hook' on the wayward actor.

Dr. Paulose has already authored books on `Koodiyattom - Introduction to Koodiyattom', a monologue and `Koodiyattom - continuity and growth of acting', both published by the International Centre for Koodiyattom.